The ruler of Travancore was appointed as the governor (known as “Rajpramukh”) of Travancore-Cochin. [Rajpramukh was an administrative title in India which existed from India’s independence in 1947 until 1956. Rajpramukhs were the appointed governors of certain of India’s provinces and states.] The Maharajah of Cochin was offered to be addressed as Uparaja Pramukh, but he did not want any title after handing over the power. The Maharaja politely said that the eldest member of Cochin Royal Family should be called Valiya Thampuran and gave up royal powers unconditionally for the good of the people. While Pattom A. Thanu Pillai was the Praja Socialist Party Chief minister in 1954, Travancore Tamil Nadu Congress launched a campaign for the merger of the Tamil-speaking regions of Southern Travancore with the neighbouring area of Madras state.

Under State Reorganisation Act of 1956, the four southern taluks of Travancore, namely Thovalai, Agasteeswaram, Kalkulam and Vilavancode and a part of the Chencotta Taluk was merged with Madras state.

With reference to the representation dated 19.8.1953 from Sri P.Ramaswamy Pillai B.A.,BL (M.L.A- year 1953), Eraniel, the Chief Secretariat (Services section) Government of Travancore-Cochin, produced proceedings (by order of His Highness the Rajpramukh) ORDER R.DIS. 11298/54/CS dated 18.9.1955., mentioned that “The Government are pleased to order that Chetties will be included in the list of ‘other backward communities for the grant of educational concessions’ and under ‘backward class-other Hindus’ for reservation of appointments in public services under article 16(4) of the constitution”.

A consolidated list containing the list of communities forming part of Backward Classes within the State of Tamil Nadu was issued in G.O. Ms. No.437, Social Welfare Department, dated 15.5.1972. Annexure III of the said G.O. contained 39 communities in the list of Most Backward Classes. (Annexure I listed the Backward Classes throughout the State; Annexure II listed Backward Classes in Kanyakumari district and Shencottah taluk of Tirunelveli district). The revised list was given effect from the academic year 1971 -1972 for the purpose of Educational and other concessions and reservation of seats in educational institutions. For the purpose of reservation in recruitment to Public Services, the list was given effect from the date of the order.

Sri P.Ramaswamy Pillai B.A.,BL (M.L.A- period 1953) and Mr.R.Chidambarathanu Pillai@Eraniel Ravi, S/o Sri Sri P.Ramaswamy Pillai B.A.,BL (M.L.A- period 1953) are both fixed the strong root for the backward class award for our community . Though these two leaders are not alive today , we the Community people Chetty or Chettu of Kanyakumari Dist are very much thankful to them and also thankful to each and every respected members of our community who gave support to the efforts taken by these two great kind hearts for getting this award.

Such benefits in the future would be determined by the data collected by officials and hence we request you all to please provide all information required by such officials without fail. Any failure to provide such information affects everyone in our caste and hence it is extremely important that every member of our caste should provide the required information to the officials if needed.

In the latest list of Backward class published in Tamilnadu Govt Gazette on Friday September 5 2008 , Our community is in Sl.no 15

The Mandal Commission was established in India in 1979 with a mandate to identify the socially or educationally backwardness. It was headed by Indian parliamentarian B.P. Mandal to consider the question of seat reservations and quotas for people to redress caste discrimination, and used eleven social, economic, and educational indicators to determine backwardness. The report of the commission was submitted in December 1980.All the recommendations of the report are not yet implemented.

Also we request you all to fill in our caste information for central government services as follows [ as per Other Backward Community list as per Mandal commission report (1980) ]: 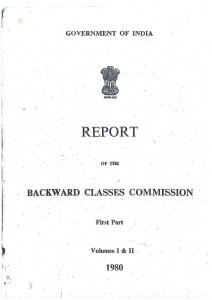 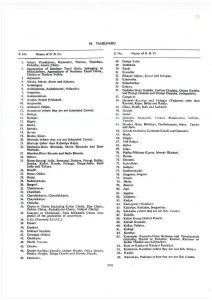 The Supreme Court of India, in its judgement in Mandal Commission cases, directed, among other things, that the Government of India and the State Governments have the power to and ought to create a permanent mechanism – in the nature of a Commission for examining requests of inclusion and complaints of over-inclusion or non-inclusion in the list of Other Backward Classes and to advice the Government, which advice shall ordinarily be binding upon the Government.

The Supreme Court also held that the body so created can also be consulted in the matter of periodic revision of list of Other Backward Classes. In pursuance of the above direction of the Supreme Court, the Government constituted a permanent Commission termed as “Tamil Nadu Backward Classes Commission” under Article 16(4) read with Article 340 of the Constitution of India, headed by retired Judge of High Court as Chairman with eight Members, in G.O. Ms. No.9, Backward Classes and Most Backward Classes Welfare Department, dated 15.3.1993.

7)Director of BC and MW

8)Director of MBC and DC

(iii)        The Government now reconstitute Tamil Nadu Backward Classes Commission with the Chairman and Members mentioned as below for a period of three years with effect from 28.12.2012.

9 Commissioner of Most Backward Classes and Denotified Communities Member – Secretary

(iv)        (G.O (Ms) No.148, Backward Classes, Most Backward Classes & Minorities Welfare Department, dated 28.12.2012) NOTIFICATION In exercise of the powers conferred by sub-section (1) of section 3 read with sub-section (1) of section 4 of the Tamil Nadu State Minorities Commission Act, 2010 (Tamil Nadu Act 21 of 2010), the Governor of Tamil Nadu hereby reconstitute the Tamil Nadu State Minorities Commission to exercise the powers conferred on, and to perform the functions assigned to it under the said Act with the following

The Chairperson and every member of the Commission shall hold office fora period of three years from the 1st day of January 2013.

Note The information produced in this file is to the best of our knowledge. . All are welcome to give further more information ( if any) regarding backward class (state TamilNadu) and Other Backward Class ( Central India) awards of our community. 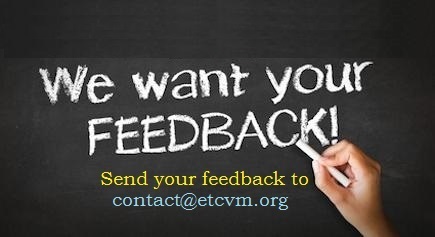